If the Copernican revolution defended by Galileo Galilei displaced humans from the center of the universe, the Darwinian revolution completed what was left by stripping humans of any sense of unique worth. Whereas people had embraced the idea of being created by some supreme being as the science of human origin, Darwinism offered a radically different narrative in which a human is no more special than a SARS-CoV-2 particle. Indeed, the former owes its existence to viruses which are her genetic ancestors. While not challenging the Gospel of Jesus, the Darwinian idea seemingly invalidates the message of the first few pages of the Bible. For the theologically minded persons, those were very trying times. Theologians and skeptical scientists levied critiques against Darwinism—a not unusual development; new scientific ideas always benefit from reviews. These critiques helped refine the Darwinian thesis. Today, Darwin-inspired evolutionary science is the scientific consensus—even if substantive debates continue about various aspects of the dogma. All in all, theology yielded grounds to the unstoppable mighty Darwinian force in all of this.

Every schoolchild knows something about Galileo Galilei. She may not know that the 16th-century Italian scientist studied at the University of Pisa or designed telescopes that he later used to observe mountains on the earth’s moon. But she knows that Galileo was a bold scientist who stood up against the Pope and the Catholic Church with his scientific findings and got severely punished for so doing. Indeed, even today, people continue to formulate Galileo’s friction with the Church as an archetype of science versus religion or reason versus faith. In many people’s minds, religion is just the sort of thing that hinders scientific progress, as the story of Galileo showed. This story is a myth, an untruth, as I shall show below.

It is no news that science and religion often make claims concerning the same things. Sometimes they concur in their proclamations; other times, they do not. For instance, for some 2000 years while science, under the influence of Aristotelianism, maintained that the universe was eternal even though the first page of the Bible vehemently disagrees, proclaiming that the universe had a finite past. Similarly, Galileo, a Christian and scientist, knew about the church’s teaching that the earth was the center of the universe when he proposed heliocentrism. These observations need not be surprising. Whatever else one may think about religion and science, this is true: humans play considerable roles in both endeavors and do so with their messy humanness.

I have argued for the divinity of Jesus with no reference to Apostle Paul’s writings at all. This is by design. Some critics, especially Muslims, sometimes claim that Paul bastardized the “true religion” of Jesus and that Jesus never claimed to be (equal with) God. Surely, such a complaint cannot be made now. We can establish the case for the divinity of Jesus without Paul’s writings. If we add Pauline epistles, we have more data to corroborate the case made so far. But before that, I want to address some passages critics, especially Muslims, typically use to argue against the divinity of Jesus.

The Father is greater than I

In John 14:28, Jesus says, “the Father is greater than I am.” The issue here is the apparent logical inconsistency of one God being greater than the other—a contradiction in terms. Indeed, this passage is one that proved most difficult for many church fathers and theologians. In church history, this is one of the central passages informing the Arian Heresy. Admittedly, if one is convinced on other grounds that Jesus is not Yahweh, then it is easy to see how this passage may be used as an argument-defeater. However, since the data strongly support the idea that Jesus is Yahweh as already argued, I am inclined to inquire: in what way is the Father greater than Jesus?

Let us quickly review where we are. We began our journey from the end, investigating what post-apostolic church fathers, who lived some 200 years before Emperor Constantine reigned, believed concerning the deity of Jesus. We learned that these influential bishops affirmed the divinity of Jesus, and many of them founded their beliefs on the teaching of the Old Testament besides the New Testament. I cannot stress enough the importance of realizing that the notion of a plurality in the Jewish God was widespread before Yeshua ever permanently put on a body, and it remained for about 200 years after Jesus exited the earth as the Jewish scholar, Alan Segal, details in his The Two Powers in Heaven: Early Rabbinic Reports About Christianity and Gnosticism.

Some ignorant critics, including many Muslims, often assert that the Bible never claims that Jesus is God. Some others would say Jesus never claims to be God. Both groups of critics are wrong. The bible documents facts to the contrary. The claim that Jesus is God or, more correctly, is a member of the Godhead is an inescapable conclusion when one considers the data en masse.

Plurality in the Godhead of the Old Testament (Series Part 2)

In an older article linked here, I wrote about how “God” has taken on a definite meaning in Christianized spaces. I think a sufficient trace of older worldviews still survives in the modern rule that requires us to capitalize “G” in “God” when referring to the Christian God. Such a rule assumes the existence of other gods. Indeed, ancient Hebrews affirm the existence of other gods, the Hebrew God being the most high of them all. The Hebrew God is ontologically superior to the other gods.

The Old Testament uses the term elohim for “gods,” and the range of its application helps explain what exactly “god” meant to the people in the ancient Near East. “Elohim” is plural in form but, according to Hebrew grammar rules, the context can establish the exact referent of the term: if the verb is singular, “Elohim” often refers to the Most High; if plural, it typically refers to other gods. Carmen Imes writes:

“God”(elohim in Hebrew) and “Lord” (adonai in Hebrew) are not names. Elohim is a category of beings who inhabit the spiritual realm; angels are elohim and so are the gods of other nations. Adonai is a title that means “master,” whether human or divine. Both words can describe Israel’s deity. However, the God of Israel also revealed his name, inviting the Israelites to address him personally as “Yahweh.” (6) 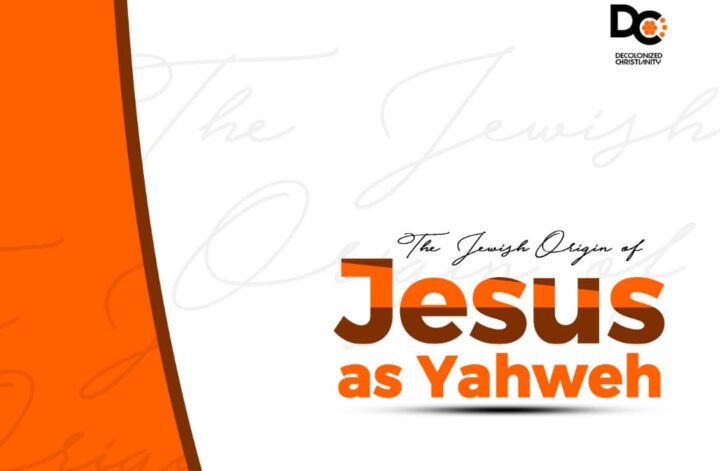 The matter of the deity of Jesus is one of the most debated issues in Church history. Indeed, we have addressed one piece of the debate here before. The disagreements continue partly because Judaism teaches monotheism, and some people find the idea of multiple persons in the Godhead contradictory. Moreover, the notion of there being three persons in the Godhead is, admittedly, not intuitive, and many a Christian who claims to believe in a trinitarian God cannot adequately defend the doctrine. In our day, it also does not help that there is much historical misinformation on the subject. It is common, for instance, among many who deny the deity of Jesus to charge that nobody before the 325 AD Council of Nicaea believed Jesus was God. It is an old myth that will probably never go away. Dan Brown, in his famous The Da Vinci Code, puts the following in the mouth of the character, Sir Leigh Teabing:

“Jesus’ establishment as ‘the Son of God’ was officially proposed and voted on by the Council of Nicaea. . . . a relatively close vote at that. . . . By officially endorsing Jesus as the Son of God, Constantine turned Jesus into a deity who existed beyond the scope of the human world, an entity whose power was unchallengeable” (253).

A yet pervasive racism-aiding thinking error among Africans is the assumption that because colonizing white people no longer live in sub-Sahara African States, racism does not – some people even say cannot – exist in these spaces. It is a reasoning colonizer would like very much since it excuses them from the harmful consequences of their destructive escapades on the continent. This illogic sees racism as essentially a matter of how a white person treats non-white persons. Racism, for them, is relational. When construed in this way, racism cannot exist where white people are not present in large numbers and with colonization intent. Relational racism is, however, only a tiny slice—and a comparatively less significant slice at that—of racism. In places where white and black people share spaces, most black people would care less about relational racism as they would institutional racism. In post-colonial Africa, however, the problem takes different forms.

Having addressed the cultural background of Jesus’ time and the ubiquitous physiognomic awareness recorded in the Hebrew Bible (See Part 1), we are now ready to look into relevant New Testament data. Our minds may have been so thoroughly clogged by the image of a White Jesus that we may be shocked to learn that the Bible says nothing that may help anyone visualize what the historical Jesus might have looked like. Though New Testament writers often portray Jesus as a type of Moses, not a single writer mentions Jesus’ physical trait like Exodus does with Moses. Consider the Gospel of John, for instance. Although John explicitly links Moses and Jesus when he says, “For the law was given through Moses; grace and truth came through Jesus Christ” (1:17), he says nothing about the physical form of Jesus. Instead, we get this verse: “The Word became flesh and made his dwelling among us. We have seen his glory, the glory of the one and only Son, who came from the Father, full of grace and truth” (1:14). As Joan Taylor remarks, “this does not immediately conjure up an image of a specific person who could be described in terms of height, facial features, handsomeness, beardedness, clothing, or whatever” (2).