When European missionaries condemned the polygamy they saw in Africa (see Part 1), they did so on an assumed authority of the New Testament. They concluded that both Jesus and Paul forbade polygamous unions. The following are the key passages informing such reasoning against polygyny: Matthew 5:31-32, Mark 10:2-12, Matthew 19: 1-9, 1 Corinthians 7:2-16, Ephesians 5:22-23, 1 Timothy 3:1-2, and Titus 1:6. Let us zoom in on each of these passages.

These passages document the same event. The Matthew 5 passage seems to be a conclusion taken from the longer Matthew 19 account. In the story, some law experts came testing Jesus on a very controversial subject of the day: divorce. Based on the text of Deuteronomy 24:1-4, two Jewish schools of interpretation had emerged by Jesus’ time. There was the conservative, strict, and Israel-centered school of Rabbi Shammai who restricted the conditions for divorcing a woman. There was also a more liberal, Gentiles-welcoming school of Rabbi Hillel who immensely expanded the grounds for divorcing a woman. Like the other Pharisaic testing of Jesus, the goal of this question on divorce was to get him to lose goodwill with people and lose some of his followers. The questioners assumed Jesus would answer one way or another within the existing schools of interpretation. Had Jesus fallen for the trap, he would likely lose the support of those who would be offended by his exegesis. But what the Gospels repeatedly show is that Jesus often knew about a better third option unacknowledged by the questioners.

Matthew 19:3 reports the Pharisees as questioning Jesus this way: “Is it lawful for a man to divorce his wife for any and every reason?” The questioners here assumed the Hillelite position on the matter. In Mark’s account, Jesus replies by asking the questioners what the law says. They correctly reply that “Moses permitted a man to write a certificate of divorce and send her away” (Mark 10:4). Jesus tells his interlocutors that this part of the Torah is not really God’s ideal. He then teaches from the Genesis creation account that the union of a man and a woman was meant to be permanent and that “‘the two will become one flesh.’ So they are no longer two, but one flesh” (Mark 10:8). Jesus later teaches his disciples, according to Matthew’s account, that marriage ought to be indissoluble except for marital unfaithfulness (Matthew 19:9, 5:32). Like the Shammaite school, Jesus also severely restricts the conditions for divorce.

The relevant portions of the story for us are the uses of the singular “wife” and the phrase “one flesh.” Some have argued that this phrase forbids polygyny as the story explicitly says one man and one woman become one flesh. But such reasoning is flawed. First, as we saw in our Old Testament exploration, Jews had no legal or religious provisions against polygyny. We can safely say that they were culturally polygamous. Second, the passages above were directed at divorce, not polygamy. This being the case, regardless of how many wives a man may have, he would typically divorce them one at a time. As Eugene Hillman writes (160):

No matter how many wives a husband may have, the action of divorce is normally directed against only one “wife” at a time. The fact that Jesus spoke of the “wife” in the singular is, therefore, just what might be expected in a discussion about divorce according to the law of Moses. It is surely too much to construe this use of the singular as an argument, a teaching, or a statement against simultaneous polygamy.

By “simultaneous polygamy,” Hillman refers to having more than one wife concurrently, as opposed to serially marrying and divorcing wives, one at a time.

Similarly, the “one flesh” language is no argument for monogamy. In context, the Genesis creation account uses the phrase “one flesh” deliberately to refer to a new unity—a new bond to be formed and respected. The man leaves his parents to join with his wife so that the couple can forge a new and distinct identity for themselves, separate from their parents’ ways of doing things. Being raised by different parents, a new couple must necessarily slowly negotiate what their norms would be. Edward Schillebeeckx writes:

“The idea of ‘one flesh’ provides an answer to the question: How can the division of the old clans and the foundation of the new clans be justified? ‘A man leaves his father and his mother’ (Gen. 2:24) in order to found a new clan, a ‘new house,’ or a new ‘one flesh’” (quoted in Gitari, 6).

Notice that there is nothing in this “one flesh” idea that forbids polygyny. A polygynous man would be “one flesh” with each of his wives. We should recall that Moses, the one who tradition credits as having written the Pentateuch, likely had two wives (Zipporah and “the Cushite” woman). As already argued, many central figures in Israel’s history also engaged in simultaneous polygyny. Are we to think that Jacob, for instance, was not “one flesh” with all the wives who produced the 12 tribes including the one from which the Messiah descended? This would be nonsense.

Besides, there is another Jewish understanding of “one flesh” worth considering. Paul writes in 1 Corinthians 6:16,

“Do you not know that he who unites himself with a prostitute is one with her in body? For it is said, ‘The two will become one flesh.’”

Chastising the Corinthian church for sexual immorality, Paul teaches them that anyone who sleeps with a prostitute becomes “one flesh” with her, and then references Genesis 2:24. Are we to take Paul as teaching that the promiscuous men ought to marry the temple prostitutes? I do not think so. Here is the relevant point. Notice that some of these loose men were married, as evidenced by 1 Corinthians 7. Now, would they have ceased to be “one flesh” with the wives that they had been legally sleeping with since they got married? Of course, not. As Paul would write in the next chapter, he encourages each man to have sexual relations with only his wife. Hence, we see that “one flesh” is no argument for monogamy. Instead, in this case, it is a figure of speech for sexual intercourse.

The two thoughts above about “one flesh” raise an interesting question: if the phrase really argues for monogamy as the European missionaries to Africa thought, how is it possible for a widow or divorcee to remarry? A widow and a divorcee have both been each “one flesh” with different men. Do they yank off their bodily portions from the previous marriages to join with men in new marriages—and are they whole in the new marriages? Pushed too far, this idea of “one flesh” symbolizing monogamy generates many absurdities.

Whereas the context of the Gospel passages we just considered is Jewish, these current passages from Paul’s letters were directed to Gentiles in the Greco-Roman world. Some Christians have hastily reasoned from Paul’s uses of the singular “wife” in these passages to conclude that Paul teaches monogamy as the Christian ideal. Ephesians 5:23 even likens the union of a man and a woman to that of Jesus and his Church. Do these passages really teach monogamy?

This kind of reasoning is guilty of making a doctrine from the incidental details of a passage. It is as good as arguing that because it is recorded that Jesus walked on water, all Christians ought to jump into the nearest lakes. That Paul assumed monogamy in these passages, especially in 1 Corinthians 7, does not amount to teaching against polygyny. The question may yet be raised, “why did Paul assume monogamy in these passages?” I am glad you asked.

Greece, and later Rome, had a definite family structure that dated all the way back to the days of Plato, possibly earlier. A family unit comprised, in descending order of authority and value, a husband, one wife, children, and slaves. Aristotle even forcefully argued in defense of this family structure in his Politics where he defended the ontological inferiority of women and slaves. So, the Greco-Roman world was culturally monogamous. Now, that they were monogamous does not mean that their marriages were godly or Christian in practice. In fact, because of the near-absolute power the husbands wielded, they could be—and typically were—as promiscuous as they wanted. Ancient Greece also culturally practiced pederasty, where older men had sex with young boys in some sort of educational arrangement of the time.

This Greco-Roman family structure is reflected, though with a subtle but powerful subversion, in Ephesians 5 and 6 where Paul addressed each member of the family: husbands, wives, children, and slaves. Of course, Europeans once used this text to argue for slavery. But that kind of erroneous reasoning is precisely what is also behind arguing for monogamy based on Paul’s uses of the singular “wife.” It is a mistake that results from ignorance of (historical) context. In summary, Paul used the singular “wife” because he addressed a monogamous culture. Had Paul written a letter to any of the polygamous people of Africa or even his polygamous Jewish people, he would have assumed the plural “wives.” These texts teach nothing about what marriage form is preferable or Christian.

As difficult to believe as it may sound, these passages have also been cited in defense of monogamy. Both passages require an elder to be “faithful to his wife” or be “a husband of one wife.” Once again, some Christians hastily and lazily latch onto the singular use of “wife” as a defense of monogamy. Even without digging too deep into the non-universality of the requirements in these letters, they surely do not teach against polygamy among Christians. A polygamous Christian may simply choose not to become an elder in the church, and he can keep his wives.

However, we can say more. That Paul writes to a church requiring the leadership to not appoint a polygamous man to the position of an elder plausibly shows that polygyny existed in that church. If polygamy was inherently sinful or unchristian, these passages would be suitable spots to read about them. As William Wenstrom writes, the phrase faithful to his wife or, as some translations have it, husband of one wife “does not emphasize the man’s marital status but rather his character” (4). This is partly so because that eldership requirement cannot be universalized without problems. For instance, does this requirement imply that unmarried people, like Timothy and Paul himself, cannot be elders in the church? Certainly not, for the two were already elders! So, maybe in a culture that is primarily monogamous, polygamy would be a litmus test for marital unfaithfulness, causing Paul to exclude such men from leadership positions in that location. But this is not necessarily true of all cultures. In particular, the sociological dynamics of a primarily polygamous culture would be different.  What would a church situated among polygamous people do about electing elders–will it function without choosing elders because no-one is monogamous?

In summary, we see that the reasoning or, better still, assumption that monogamy is the Christian form of marriage (see Part 4) with Scriptural and apostolic sanction is merely a case of hooded ethnocentrism. It was another case of White missionaries pushing their cultures as Christian ideals. Not a single text in both the Old and New Testaments either condemns polygyny or commends monogamy to all believers. 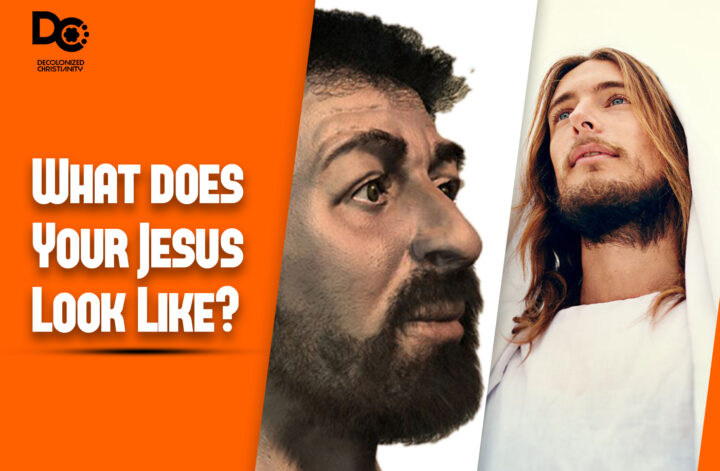