We have been looking at passages often read deterministically. In this last episode, we considered the story of Adam and Eve and some moments in Joesph’s life. Here, we continue with two examples.

3. Forgive them for they know not what they are doing

In Luke 23:34, we read Jesus saying: “Father, forgive them, for they do not know what they are doing.” Jesus made this comment just after he was nailed to the cross. Some determinists tag this famous saying of Jesus to that of Joseph that we just considered. The implication is that God uses people as pawns in fulfilment of his determined purposes. How accurate is this reading? Could Jesus have meant that these trained Roman soldiers, familiar with the art and science of crucifixion, did not know that nails and hammers to the flesh caused pain or that many victims of crucifixion would die? This cannot be. If the soldiers were really pawns in the grand scheme of things, what sense is there in asking for their forgiveness? As mentioned briefly earlier, one problem with determinism is that it dissolves morality as we know it. If God caused Jesus to be crucified, as opposed to allowing it to happen, then God is squarely to be blamed for it, not the soldiers.

I do not think Jesus’ comment reduces the soldiers to robots. The soldiers knew that they were nailing somebody to the cross; it was likely not their first time. In fact, they nailed two other people that day. And they did this to exact capital punishment on these “criminals.” What they probably did not know was that Jesus’ claims about himself were true. They also probably did not know that Jesus was not guilty of any crime—certainly not one deserving of crucifixion. They did not know that they were nailing the king of glory that day. Paul explains this ignorance when he said, “None of the rulers of this age understood it, for if they had, they would not have crucified the lord of glory”—1 Corinthians 2:8.

Abraham had emigrated to a neighboring city where the king of the land has a hobby of taking pretty women for himself and killing their husbands – at least, so Abraham feared. So, the man of faith not only told a half-truth to the denizens that Sarah was merely a sister, he also willingly risked sexually trafficking his wife. Feeling justified, king Abimelech ordered that Sarah should be brought to him for a close bedroom inspection. Somehow, and the Bible does not mention the details, the king could not get the inspection underway but fell asleep instead. In a dream, God told Abimelech that he was a dead man for taking a married woman. King Abimelech, still in his dream, made a good defence by saying that he is innocent since Abraham and Sarah told him and his people they were merely siblings. God upheld Abimelech’s defence of innocence and then added: “That is why I did not let you touch her”—Genesis 20:6. Some Christian determinists claim that God overrode the king’s will—implying that free will, in this instance at least, does not exist—and perhaps caused the king to fall asleep. I am not convinced that this reading is accurate. That God has something to do with the fact that Abimelech did not copulate with Sarah is apparent. But to claim that God overrode the king’s will is not only to smuggle in extraneous data but also to contradict data in the passage. For a king whose habit it was to take pretty women for himself, he probably did not see any reason to be in a hurry to perform “unkosher” inspections. After all, on a typical day, the likelihood of someone coming to free the king’s captives was close to zero. Therefore, we should be careful of reading too much into the fact that the king fell asleep this time. Even if God was directly responsible for making the king fall asleep, this would still not necessarily mean that God overrode his will. However, it is contextually clear that the king’s will is intact because God later said to him to return Sarah to her husband and added that, “But if you do not return her, you may be sure that you and all who belong to you will die”—Genesis 20:7. God could simply have caused Abimelech to return Sarah instead of waiting on the king to choose so to do; better still, God could have prevented him from taking her at all. Leaving counterfactuals alone, the charge “if you do not return her,” presupposes the king’s capability so to do.

About now, in conversations, I am often asked if I think the Bible recognizes a God as the one I have been portraying considering how the God of the Bible repeatedly threatens to bring things about. To many people, my view tames God. I simply respond that the fact that God may sometimes cause things involving people to happen is no blanket formula for all events. And where he threatens to bring judgment, he does so weighing in the free will of the people involved. In the Bible, divine threats generally take the form: If you do not stop doing X, I will bring Y (where X is a wrongdoing and Y is a judgment). This shows that individuals have a role to play in the outcomes. Some believers just cannot see a place for humans in God’s sovereignty. They conceive of divine sovereignty in a way that precisely excludes all human roles. I am not particularly convinced of this conclusion. It seems to me to be more like a Greek conception of the divine than a biblically informed one. My goal is not to argue that an omniscient being cannot cause things to happen. Traditional views of God often grant that he is also omnipotent besides being omniscient, and I agree with this notion. God can cause whatever he wants, if he so chooses. My contention is that the biblical record does not portray a human will crushing deity. 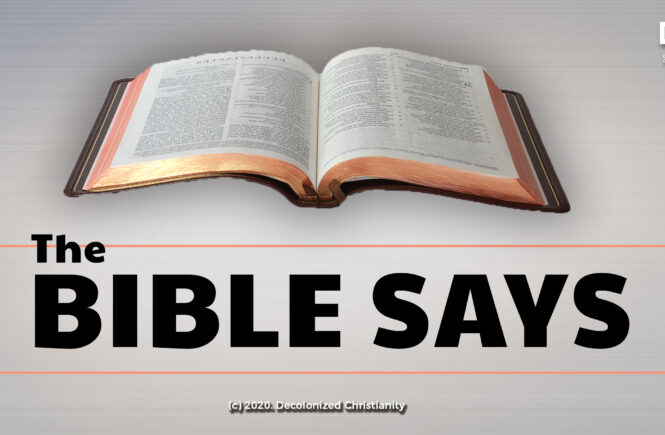